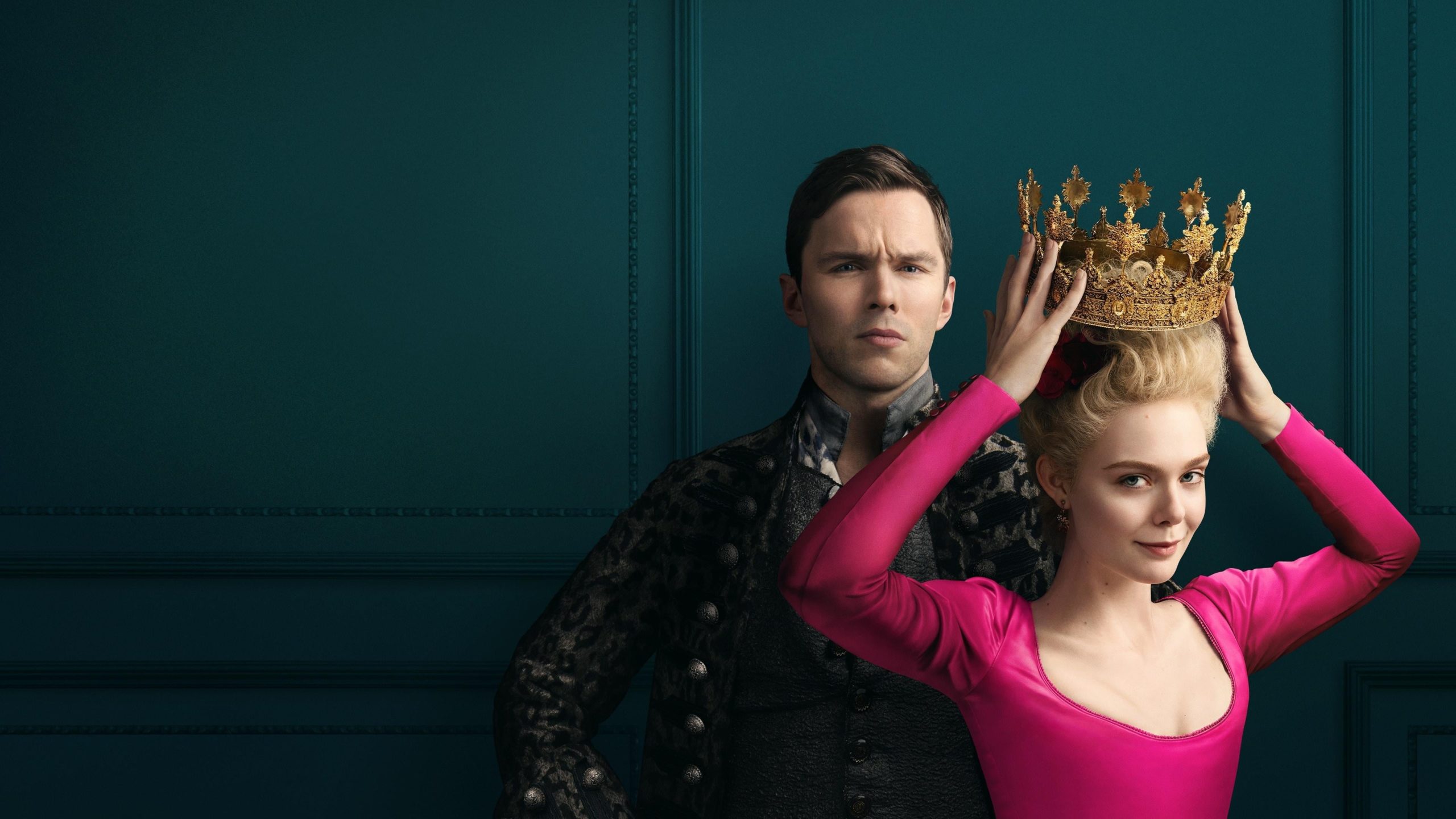 Overview : In 1761, Catherine travels to Russia and becomes the Empress by marrying the Emperor of Russia, Peter. With hopes of marrying a great love, Catherine soon realizes Peter is a selfish brat who stands against everything she values. Catherine is feeling hopeless and verging on suicide when her servant, Marial, presents her with an alternative path â to overthrow Peter.

The Great is what I like to call history-adjacent, which essentially means that writers can do whatever they want while still keeping most of the names and period costumes from whenever they’re nominally setting their story. Fittingly, The Great was written by the extremely clever Tony McNamara of The Favourite, whose blend of classical and contemporary dialogue is not only on trend, but also omg I love it (e.g.: “It is embarrassing and unmanly; I’m such a dickhead”). The fact that all the Russian nobility speak with a crisp English accent gives me life. They are living their Ever After fantasy and having a great time with it. (Remember how Drew Barrymore was in France in that movie?)

This first episode, we see Catherine the Eventually Great go from misplaced Anne of Green Gables optimism to the steely power of a bring-me-the-unreleased-Harry Potter Miranda Priestly. We start, as with all such tales, with a garden swing wreathed in flowers and a catty friend.

Catherine (Elle Fanning) swings blissfully back and forth, telling the other girl how she is going to be the new Russian empress. The girl’s horrified reaction is a brief nod to Catherine’s not-great childhood, but then we are off! Who cares about Catherine’s beginnings! The real goal is to get her to the Russian court so we can get things moving.

Catherine arrives at court and meets Peter (played by Nicholas Hoult, also from The Favourite). He’s Peter III, but again, that information is unnecessary because this is an alternate-universe version of Catherine the Great’s story, and was mainly created to make us laugh and think about humans and why they do things. Peter tells Catherine she is shorter than he thought and also smells funny.

She shows him an evergreen cutting she brought to symbolize her hopes for their relationship. In the first real bash to her romantic dreams, instead of waxing rhapsodic about how she — immediate partner of his deepest soul and comprehender of his most delicate dreams — has presented a rendering of their love from nature itself, Peter confusedly asks why she is giving him a twig.

He then introduces her to his mother, who is a mummified corpse in a glass case. THIS is the content I am here for. If you’re going to go AWOL with your history, give me bejeweled mummies that you introduce to your new wife. Also give me all the ladies at court wearing wigs as hats, which is another thing that definitely happens.

Catherine’s virginal status is examined by the archbishop (it’s gross), and then Peter gives her a bear. A bear! On a chain! I have so many questions! I am also immediately worried about what will happen to it, because the past is horrible. Catherine subsequently has a dream about a bear embracing her, which she takes to be about her marriage becoming wonderful. This interpretation will prove to be incorrect. Who does she tell it to though? Let’s meet Marial, i.e., one of the best characters.

Marial is a maid/lady-in-waiting/someone servile whose humor is very dry and very practical, and I love her. Her exact role is nebulous because she was in the aristocracy until her family angered Peter, and now they are all servants. She serves Catherine and is the worldly friend we all need when we are still in our Pollyanna stage.

Marial asks Catherine if she knows what to expect on the wedding night, and Catherine launches into a prosy scene of romantic fervor, poetic recitation, and the starry, starry night. Peter comes in, bangs her while talking to his friend about ducks, then waves good-bye.

Catherine will eventually become empress, have sex with a bunch of guys, and bring about Russia’s golden age. But first, she has to become the person who can do all that, which means being pushed to a breaking point.

Peter sticks her with the women of the court (“Take the empress to the other women to speak of hats”), and when she tries to talk to them about Rousseau, they say they cannot read, and why would they want to when they can throw balls on the lawn for hours? Which is a good point.

Catherine’s primary goals (she has made a list) are to love Peter, make him love her, and to find culture and education in her new home. One thing The Great preserves about Catherine is her intense love of learning. She wants to read all the books, learn all the things, and discuss all the hot new French ideas, like from that Voltaire guy.

Instead, Peter orders her to jump into a three-way with him and another lady of the court. When she brings up revolutionary ideas in France, Peter says he, too, has instituted change. Beards are now banned for men under 50. End of list.

She asks if she can fund a small school and he agrees. She doesn’t mention that it’s to teach the other women to read, and when Peter finds out this piece of information, he immediately burns it down. Which brings me to the weird fact that Peter is charming in a horrible way.

He’s so extremely frank about all his opinions (Catherine: *mentions that his soldiers on the road seemed scattered and badly wounded* Peter: “Oh shit, maybe we lost”), and even when he’s saying awful things, it doesn’t seem like there’s real malice behind them.

Which, now that I think about it, sounds like the way a sociopath behaves. Hmm. Well! Onward and upward! Peter shoots Catherine’s bear at a party and she slaps him. Publicly. I feel like this is perhaps the least horrible death that could have befallen the bear, but doesn’t put her in a great position.

She runs off to the library and he finds her there. “What happened to that happy little girl who gave me a twig?” “She died.” He punches her in the stomach (yep), tells her she will have babies and deal with his temper, and that will be her life forever.

This is close to Catherine’s lowest point, swiftly followed by her actual lowest point, when she tries to escape in a trunk that is immediately stopped and submerged in the lake on Peter’s orders, as a warning. When she is brought back, Marial the Maid finds her seriously contemplating self-harm, but talks her out of it. This is in part achieved by dropping in the random fact that if the emperor dies, Catherine becomes empress. “Just giving you a lesson on how things work here.”

She asks if the bear Catherine embraced in her dream could have been Russia. (Yes! It definitely was!) Catherine looks determinedly at the camera and whispers “Huzzah.” Yessssssss, bring us the Catherine we want to see, the Catherine the Great with the white wig who didn’t die being crushed by the horse she was banging, but we all want to believe she did because that’s so weird and extra! I am ready for it.