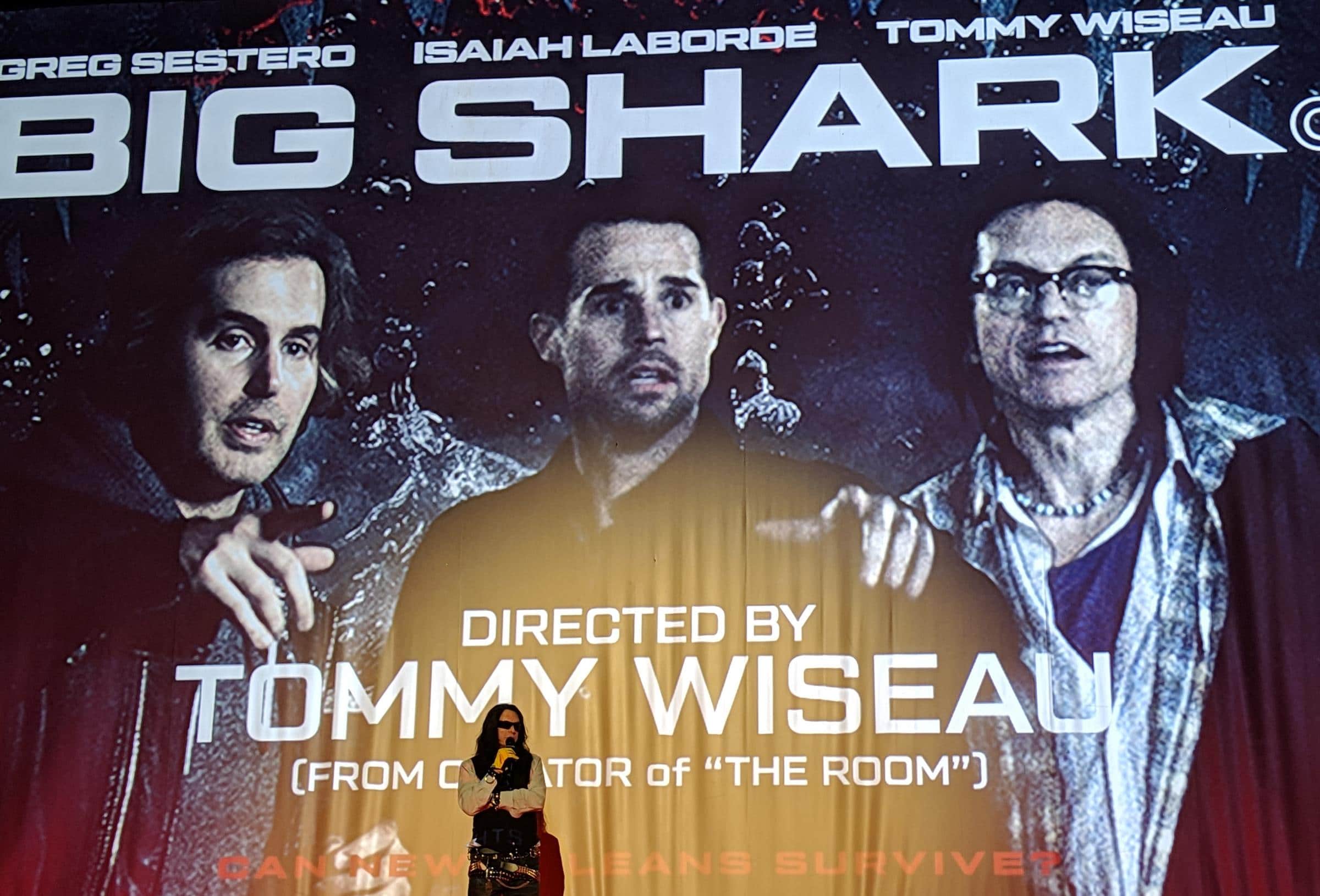 This movie will be another big hit, too good to fail, masterpiece from the genius filmmaker, Tommy Wiseau. 100% guarantee.

Big Shark is an upcoming horror drama film directed and produced by Tommy Wiseau. It was written by and stars Greg Sestero, Isaiah LaBorde, and Tommy Wiseau.

The film was scheduled to have its world premiere at the Prince Charles Cinema in September 2019, but could not be finished on time.

After years of waiting, Tommy Wiseau has finally set his next directorial project following his infamously terrible cult classic, The Room. Wiseau will next helm and star in a giant shark movie set in New Orleans, appropriately titled Big Shark.

The movie will reunite him with his The Room co-star and real-life best friend Greg Sestero. What’s more is that a teaser was recently shown for the upcoming movie for the first time ever and, though the quality isn’t great, it has leaked online to verify that this is, indeed, a real thing.

According to a new report, the Big Shark teaser was initially shown following a recent screening of The Room at the Prince Charles Theatre. The report notes that Tommy Wiseau has yet to shoot the movie and that this was a promotional teaser.