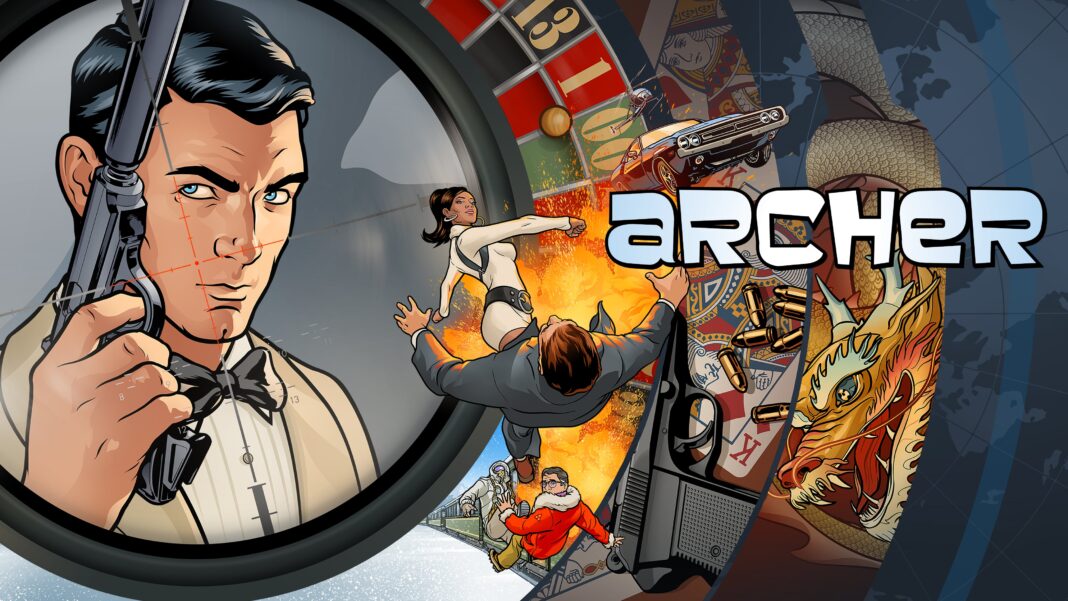 Good Trouble Season 3 Episode 8 Trust - Are you ready for an all-new episode of Good Trouble tonight? Below is all you need...
Read more
Television

The Curse of Oak Island Season 8 Episode 21 Off the Railing - Are you ready for an all-new episode of The Curse of...
Read more

When Archer wakes up from his coma, he realizes that the world is not the same now. The people he thought he knew have changed. He is even disheartened that he does not get the welcome he had hoped for. And his agency seems to be doing pretty well, despite his absence. The double-episode premiere does a remarkable job of reintroducing Archer to his new settings. More on that later. Let’s first get on with the details of the next episode.

Archer Season 11 Episode 3 Spoilers
The upcoming episode is called ‘Helping Hands’. The episode follows Archer’s agency as the crew tries to steal experimental technology from a reclusive inventor. They do succeed but leave behind an essential item.

Are you ready for an all-new episode of Archer tonight? Below is all you need to know so you can keep up with Archer...
Read more
Television

Archer Season 11 Episode 7 Release Date: ‘Archer’ season 11 episode 7 releases on October 21, 2020, at 10 pm ET/ 9 pm CT, on FXX. It premieres on October 22, 2020, on FX on Hulu. Archer Season 11 Episode 7 Spoilers The upcoming episode is called ‘Caught Napping’. The episode’s plotline goes somewhat like this: “When AJ is kidnapped, it’s up to Archer to get her back and keep Lana’s rampage pointed in the right direction” — as outlined by FXX
Read more
Television

Archer Season 11 Episode 5 Recap - Episode 5 sees Aleister employed as Archer’s new valet. And Archer is instantly taken by this fresh entry since the latter is perfect in everything Archer loves. But Aleister happens to be an assassin and is getting close to Archer only to kill him later. But afterward, it is revealed that his main target is Cyril. Ray, on the other hand, has faked a kidnapping so that he can spend an uninterrupted holiday in Fiji. Lana discovers his secret and joins him as well. Cheryl, Pam, and Krieger also end up in Fiji. Cyril is pretending that he has a broken arm so that he can escape trouble after the chaotic events of episode 4. Eventually, Archer realizes that he is being used by Aleister as bait for Cyril. And Archer was chosen to be the bait because people believe him to be Cyril’s best friend. When Mallory meets Aleister, she immediately starts to flirt with him. Cheryl does not stay away from passing frequent and strange sexual remarks. On the other hand, Krieger creates several clones of Woodhouse, which he needs to flush away once he learns about Archer’s new valet. However, toward the end, when Aleister dies after his betrayal, Archer loses the only person he had genuinely cared for since recovering from his coma. But the incident hopefully teaches Archer an important lesson — one should value the people close to home rather than placing blind trust on an outsider.
Read more

Good Trouble Season 3 Episode 8 Trust - Are you ready for an all-new episode of Good Trouble tonight? Below is all you need...
Read more
Television

The Curse of Oak Island Season 8 Episode 21 Off the Railing - Are you ready for an all-new episode of The Curse of...
Read more
Television

Chicago Med Season 6 Episode 11 Letting Go Only to Come Together - Are you ready for an all-new episode of Chicago Med tonight?...
Read more
CWR CRB

Good Trouble Season 3 Episode 8 Trust - Are you ready for an all-new episode of Good Trouble tonight? Below is all you need...
Read more