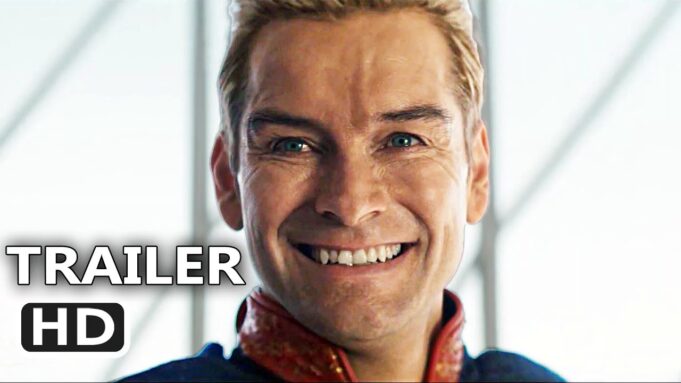 The Boys: Season 3 of The Boys debuts on Prime Video with three episodes on June 3, 2022.

New episodes of the eight-episode season will be available each Friday following, leading up to the season finale on July 8, 2022. Check out the teaser trailer for a first look.

The third season of The Boys will debut on Amazon Prime Video on June 3, with new episodes hitting the streaming platform on Fridays.

Based on the Garth Ennis and Darick Robertson comic of the same name, The Boys explores a world where superheroes use their powers for their own selfish gain, so a task force of vigilantes works to keep the all-powerful heroes — known as the Seven — in check.

The first season premiered in 2019. The show stars Karl Urban as Billy Butcher, the leader of the vigilante group; Jack Quaid as Hughie, a civilian who gets caught up in the world of the Boys after his girlfriend was killed by a superhero; and Antony Starr as Homelander, the leader of the Seven.

The announcement comes as a clip at the end of Seven on 7 With Cameron Coleman, a tie-in show to The Boys, which is basically an in-universe news show.

A first look at season 3 shows Homelander and Starlight (Erin Moriarty) posing for a photo op, with the former looking increasingly wary of keeping up his cheery appearance.

The first two seasons of The Boys are available to stream on Prime Video.